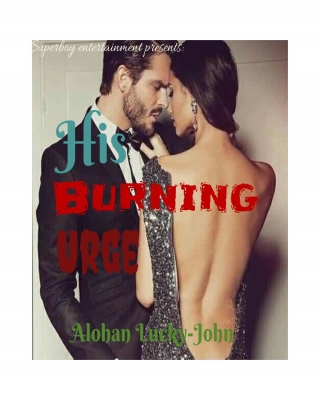 I knew he loves seeing my boobs and that was why I wore the skimpy black dress that revealed them to meet him. He grabbed my waist and pulled me closer to himself, I thought he was going to kiss me but he tore the front part of my dress revealing my boobs that looked succulent in my black bra. I looked into his eyes and I could see the passion and desire to have sex with me. I wanted him more and tried to kiss him but he grabbed my boobs and tore my bra. "Strip me completely naked Justin, I'm all yours" I whispered to him. He obeyed my command and sucked the hell out of my boobs. I was so sexually aroused that I grabbed his head in encouragement as if I didn't wanted him to stop. Shortly, he pushed me into the bed and began undressing himself. I stood back up and helped him quicken the process while trying to kiss him again. This time he agreed and then pushed me back into the bed. "I'm going to f**k you so hard" he said. He got closer and I grabbed his d**k which was so big and meaty. I sucked him so hard and sloppy, looking at him and he was moaning gently. He fucked my boobs too. After a long period of sucking him, he went on his knees and sucked my pussy. "Oh my God! What a feeling!" I screamed. "Come on Justin, I want you now. f**k me hard" I pleaded. He erted his monstrous cock in my pussy and I was totally out of this world. I've never had it so big before. He fucked the hell out of me for so long. It was a memorable sex. Noticed an error in this book? Send a mail to flag@okadabooks.com to report it