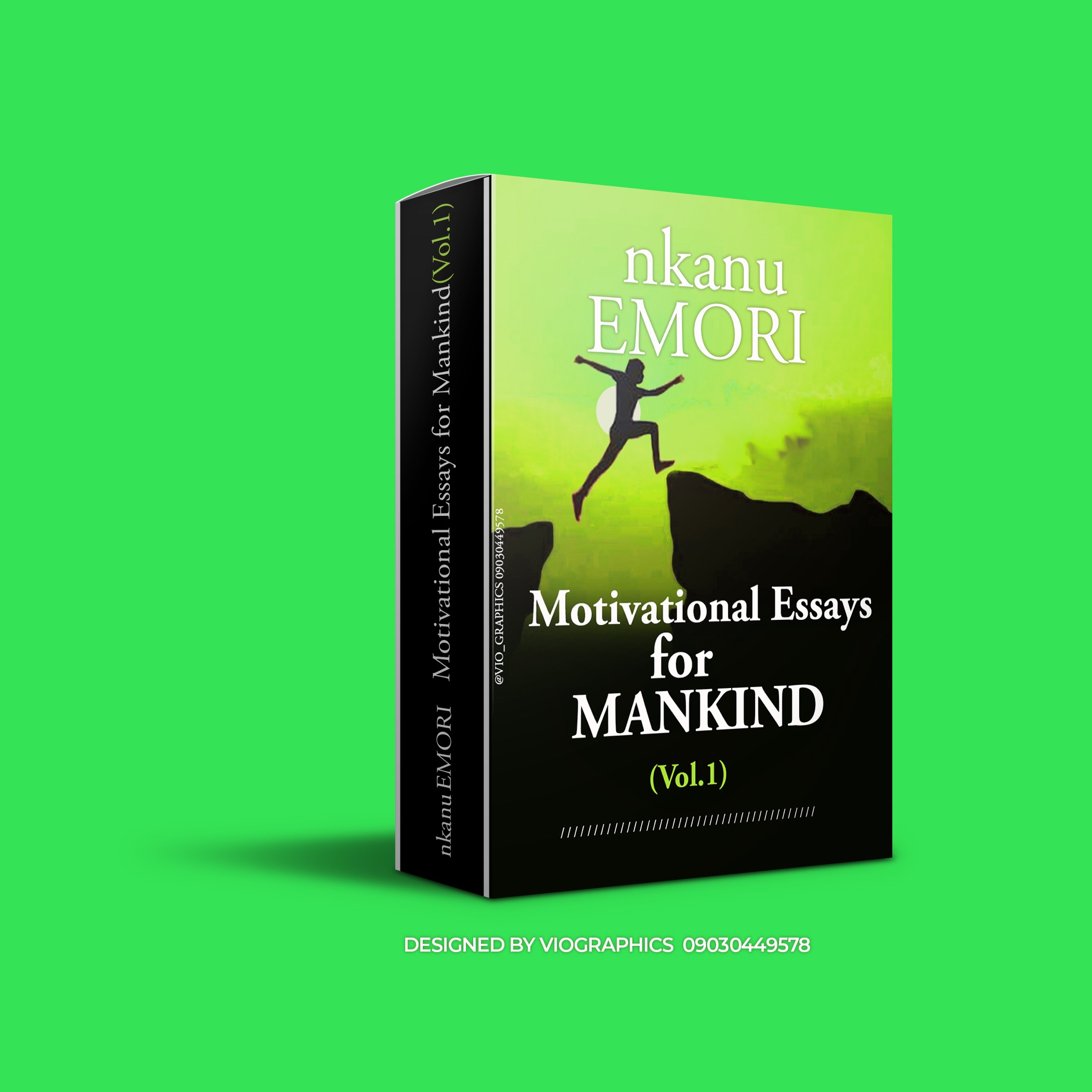 ABOUT THE AUTHOR: Nkanu Emori found himself turning a master essayist while battling life as a Street Lawyer in his very early days in legal practice when he did cheap dog-bite cases for carpenters, bricklayers, mechanics, destitutes, taxi drivers, tailors, masons, vendors, market women, grave diggers, shoe cobblers, hawkers, pimps, gangsters, alcoholics, drug peddlers and other members of the lowest rung of the social strata down the slummy parts of the riverine city of Calabar, Nigeria. Emori had to wake up from his observer status to relate his experience in writing on a daily basis. He emerges philosophical, ethical and moral but very objective, clinical and resolute. Incidentally, Emori just wants to make a statement and he ends up making a long one, culminating Motivational Essays for Mankind (Vol. 1). In the process, he leaves no stone unturned. He delves into every aspect of human life and existence. Emori, the creative dragnet, comes up big in this collection of thirty essays, with a tremendous wealth of experience, gathered over time. The literary play maker, who finds himself joggling with semantics, diction and oratorical skills, peculiar to his own style of writing, tries to create some truisms with his essays. He goes diverse, wide, sundry and total but carefully focused on the issues raised in his essays while, at the same time, trying to maximize the ideas called his, for the consumption of mankind. ABOUT THE BOOK: Motivational Essays for Mankind (Vol. 1) is the summation of Emori’s attempts over the years to reach out to his fellow humans, for a discourse on how to install a new social order. The literary craftsman, who churns out books like a magician, is a talented creative writer of no mean repute. He is the author of many fast-selling books, including the everyday readers’ delight, Messages from the Tunnels (Vol. 1). Meanwhile, Motivational Essays for Mankind (Vol. 2) is in the offing, steaming hot for release. Watch out. Noticed an error in this book? Send a mail to flag@okadabooks.com to report it