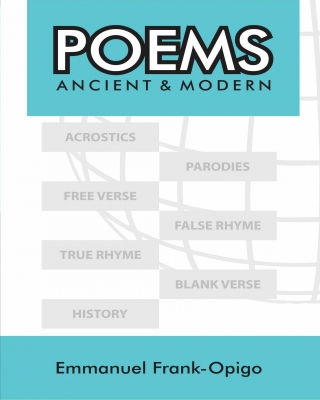 Poems speak for themselves, but backstories give interesting insights. In these “Collected Poems” (I avoided that worn title) I decided to give the backstory to each poem (just as I did to each essay in Vowels in the Air). When I saw the backstory lengths were uneven, I decided to restrict each to just two lines, putting all those lessons on precis to use. This would mean, of course, that some would be more explicit than others; some fairly complete, and others inevitably hanging. But, for the hanging ones, there lies the thrill. As Johnny Nash would sing, “The more I find out, the less I know”. And as Alexander Pope would write, “New distant scenes of endless science rise!” - Emmanuel Frank-Opigo Noticed an error in this book? Send a mail to flag@okadabooks.com to report it