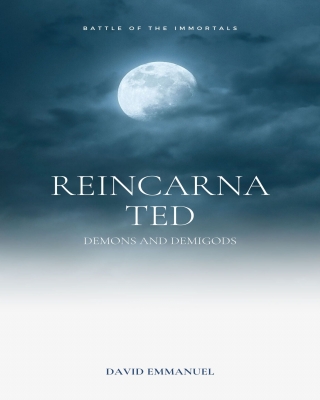 After he lost his immortality and perfect life, Adam is reincarnated as a demigod with special abilities into a different and changed world after been dead for thousands of years. He meets Albert, a human who was destined to be his guardian and only friend. He’s told by him that he was reincarnated for a purpose. His mission was to fight and stop the demons from dominating the earth. But to do that, he needs to find and unite with another demigod. Evelyn who was the only child of her parents grew up thinking she was human like everyone around her. The night she discovered everything about herself seemed to be the turning point in her life. Without a guardian and unaware that she was a demigod, she was lured and snatched up by the enemy who turns her into a weapon of destruction. When Adam and his guardian found out what happened, they were saddened knowing that their mission has been made difficult. But that didn’t stop them. Little did they know that their main foe was actually closer than they could imagine. Will their mission be a success or a failure? Read on to get involved in the action. Noticed an error in this book? Send a mail to flag@okadabooks.com to report it