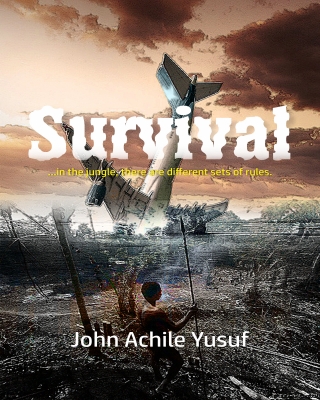 Do you know any secondary school student, who could survive a plane crash... and a jungle? Before a group of youngsters from the same Abuja private school, set off for the annual African Colleges Competition in South Africa - their only mandate is to return home with as many gold medals as possible. But when their delayed flight turns into a flight cancellation, nobody foresees danger - especially as a replacement flight is sorted. It's only when their pilot loses contact with the control tower, that an air traffic controller has to admit he has no idea what's going on. In a race against time and with the elements, wild animals and other factors, which of the students has what it takes to survive a Congolese jungle IF they survive the crash? There's also the question of "what" will survive when close friends are thrust together by Fate in the ultimate reality show without cameras – first loves, innocence, sanity, sense of right and wrong, and hopes for the future... Noticed an error in this book? Send a mail to flag@okadabooks.com to report it