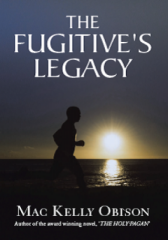 After serving a seven-year jail term for attempting to steal a sixty-year old painting from the national museum, notorious art thief, Benny Morgan, seeks redemption and tries to live a crime free life. His plans are demolished when nine days after his release, a piece of diamond worth 10 million dollars is stolen from an exhibition center. Only someone with the professional aptitude as Benny Morgan could pull off a job of that caliber. Worse still, a hair sample that matches his DNA turns up on the crime scene, but BENNY DIDN’T STEAL THE DIAMOND. While being transported to the cop house for interrogation, he manages to escape police custody. Benny is now a fugitive on the run and is branded the most wanted person in the nation. He is determined to track down the offender who set him up; an inquest that sees him travelling to three foreign countries and leaving behind a trail of dead bodies. Terror is all around him. The people Benny is after are no small time bandits but a masterly organized syndicate. How it unfolds is nerve shattering. Noticed an error in this book? Send a mail to flag@okadabooks.com to report it