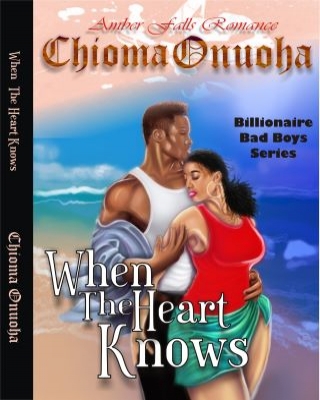 HIS HAZEL EYE WITCH Billionaire bad boy Uche Okoha had sworn off relationship and marriage after his ex fiance ran off with his business partner, his pact with the women folk was take as much as he is giving and he certainly had more than enough to give. Not just his deep rooted money coming from his vast muti billion business empire but he was built like an athlete and possessed the ruggedly handsome face of an African deity. Then he met Nma and he realized that with all he had, he might not have all it takes to love a woman like her. Simple enough, he should walk away but his routes kept leading back to her to his confusion. Then he kissed her. What started as a deliberate plan to subdue her to his power turned around on him and he became the subdued. THE MOST ANNOYING MAN SHE HAS EVER MET Nma had her life well planned to the finest tips. She owned a successful fashion house, She was young and amazingly beautiful, smart and very reserved, only dating sparingly, keeping everything platonic until she would get married. Then she met Uche Okoha the most eligible bachelor in the country and worst playboy ever. No problem there at all, he was not her type but if only she would get her treacherous heart to agree. She could feel her resistance melting away, it was like a million stars exploding all over her head, leaving her eager and willing to return his kiss. WHEN THE HEART KNOWS Love could heal all things or so they say. They both knew it wouldn’t work. They are both from different worlds but their hearts seem to know something they didn’t, when love comes calling we have no choice. Noticed an error in this book? Send a mail to flag@okadabooks.com to report it